I'm a big passionate about chinese culture and last year I had a chance to attend a seminar concerning I Ching. The I Ching book contains 64 hexagrams and each hexagram is composed of six stacked horinzontal lines, where each line is either Yang (an unbroken, solid line) or Yin (a broken, an open line with a gap in the center). In Chinese philosophy, the concept of yin-yang ( 阴阳) is used to describe how seemingly opposite or contrary forces are interconnected and interdependent in the natural world; and, how they give rise to each other as they interrelate to one another. While Yin is associated with the feminine; the soft, the fertile, the water, the low, Yang is associated with the masculine; the high, the strong, the fire, the light. They are both opposites and complementary, forces interacting to form a dynamic system in which the whole is greater than the parts. 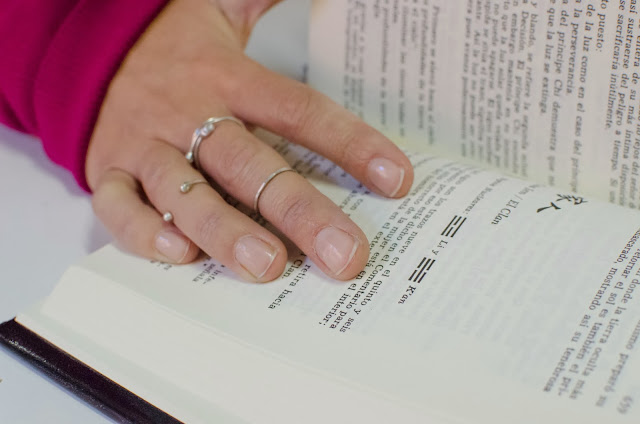 With this rings I wanted to play with the idea of Yin and Yang represented as a broken line (Yin) and continuous line (Yang) and I used silver wire for that purpose. 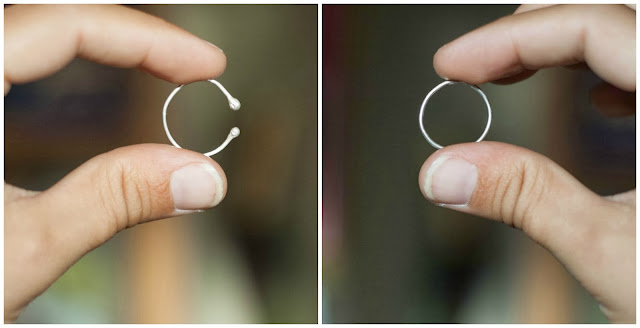 The result are this simply nice rings that can be worn as usual rings or a smaller version of the rings to wear at the end of the finger, just like in the pictures. Use them one by one, combine a Yin with a Yang, a double Yang with a smaller Yin...you have plenty of possibilities to enjoy wearing them. 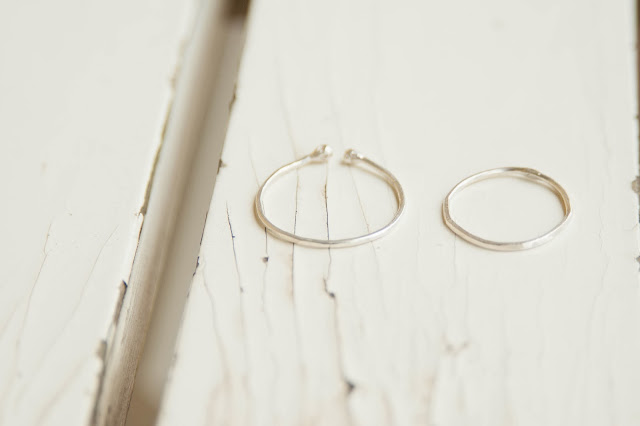 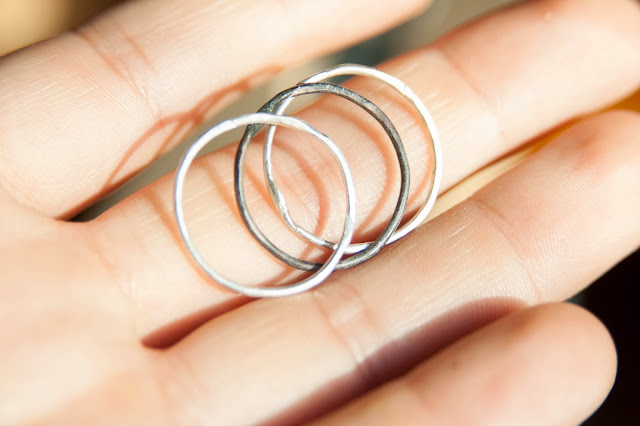